It was a hot dazzling summer day in 2016 when there were no shadow of covid-19. Usually I avoid shooting in summer since hyper long exposure photography are not good at heat, which produces so many heat noises by the long shutter speed. But sometime, unexpected scenes come from un usual action. This image was a good example.

location and the condition

a Bridge which was not famous
The bridge was not famous at all. Since there are beautiful and popular bridges there; Many go to Tokyo Rainbow bridge or Tokyo Gate Bridge.
However I was looking for something new, something beauty which was not shot by anyone.
But honestly I did not expect at all, since due to the how weather, the day was not good for long exposure photography.

Fortunately there were a lot of clouds, so I could avoid direct harsh sunlight.
If there were less clouds, the image must not be that way.

I mainly used D800e at that time, but D600 was a good travel companion with lighter and smaller full size body. I used cheap sunwayfoto‘ panorama sets along with a cheap travell traipod from sirui. This teached me again how to make a good image: Not a expensive camera, Not a expensive tripod; Just go there and shoot.

Idea behind the image

In 2016-2017, I was fully engaged in making a bw panorama series, later titled “The Land of Connections”. I’d already visited most of popular bridges in Tokyo, but this one was not supposed to add the collections for the first time. I saw the some of the curious pictures where were taken at the location which made me head to the location.

The image was a panorama. Here is the color version before the BW edit.

I set my panorama rotator for 30°, and shot 4 vertical images for the later panorama stitching image. While shooting 4 images, the light got brighter, since the sun came out from the clouds, so I reduced the exposure time 1 minutes(less than 1,2 images) for the next 2 images.

I converted original images to BW for better understanding of the texture of sky.

In my workflow I always make several BW images for my editing process.

YW' workflow :Day1
As I said the introduction, let's see my workflow step by step.Day 1 start with, of course, capturing images.In...

For smooth sky
Clouds moved so slow that I had to set longer exposure time even in the hot day.
Here were some comparison with normal shot and long exposure shot, later having multiple shots for the later panorama.

Even around 4 minutes long exposure was not enough for having smooth sky. 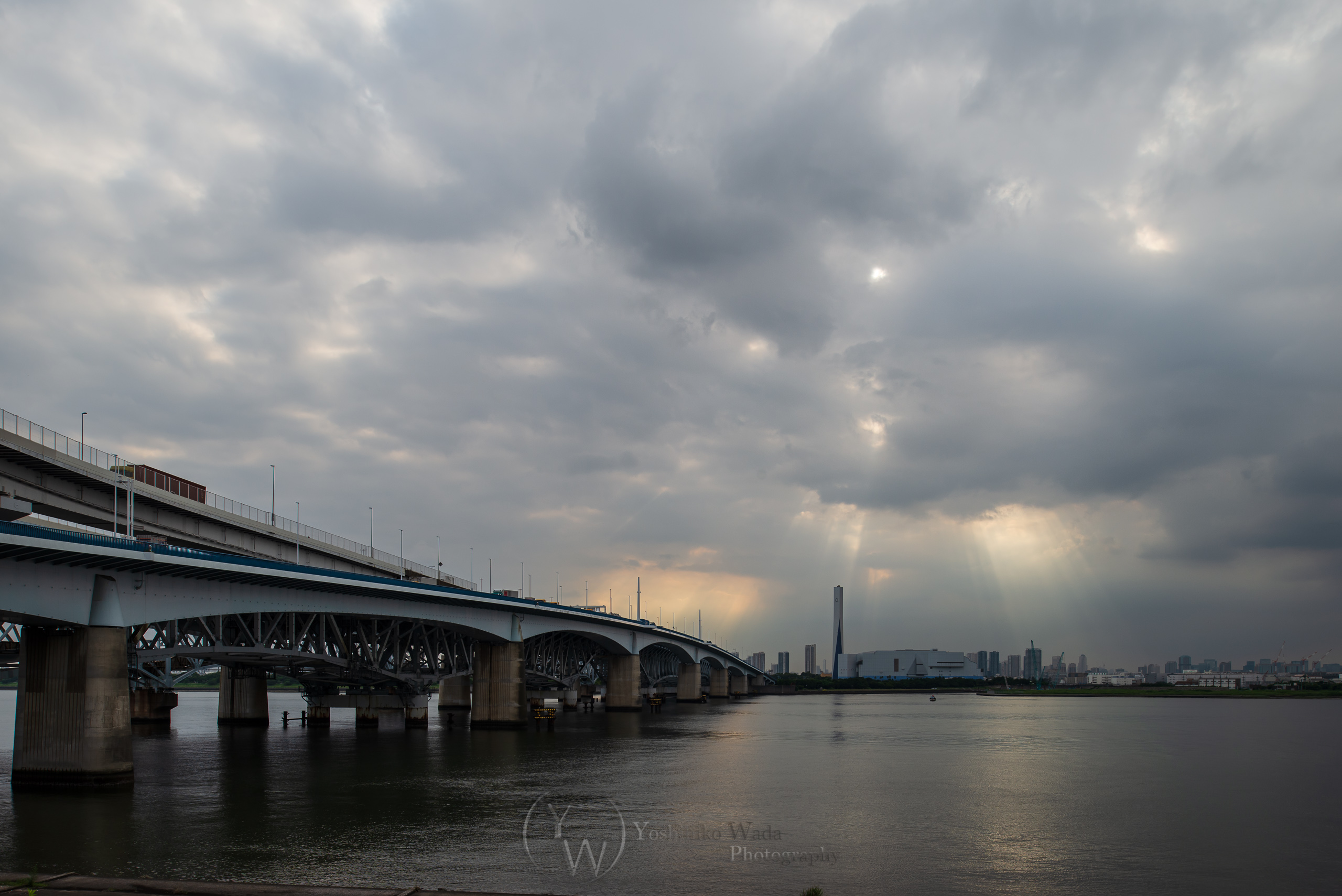 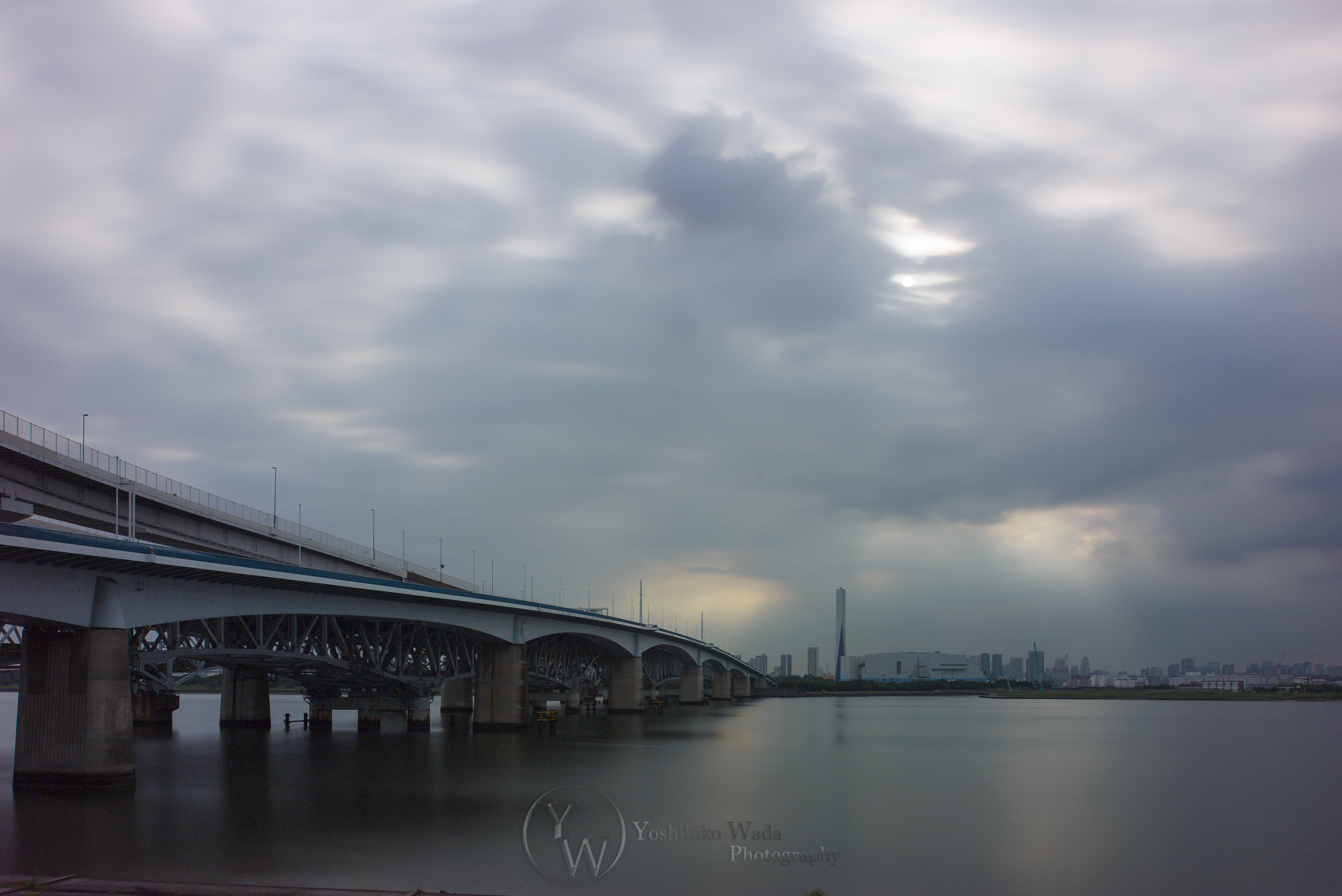 I doubled the exposure time. The 8 minutes long exposure finally could obtain a satisfied result. 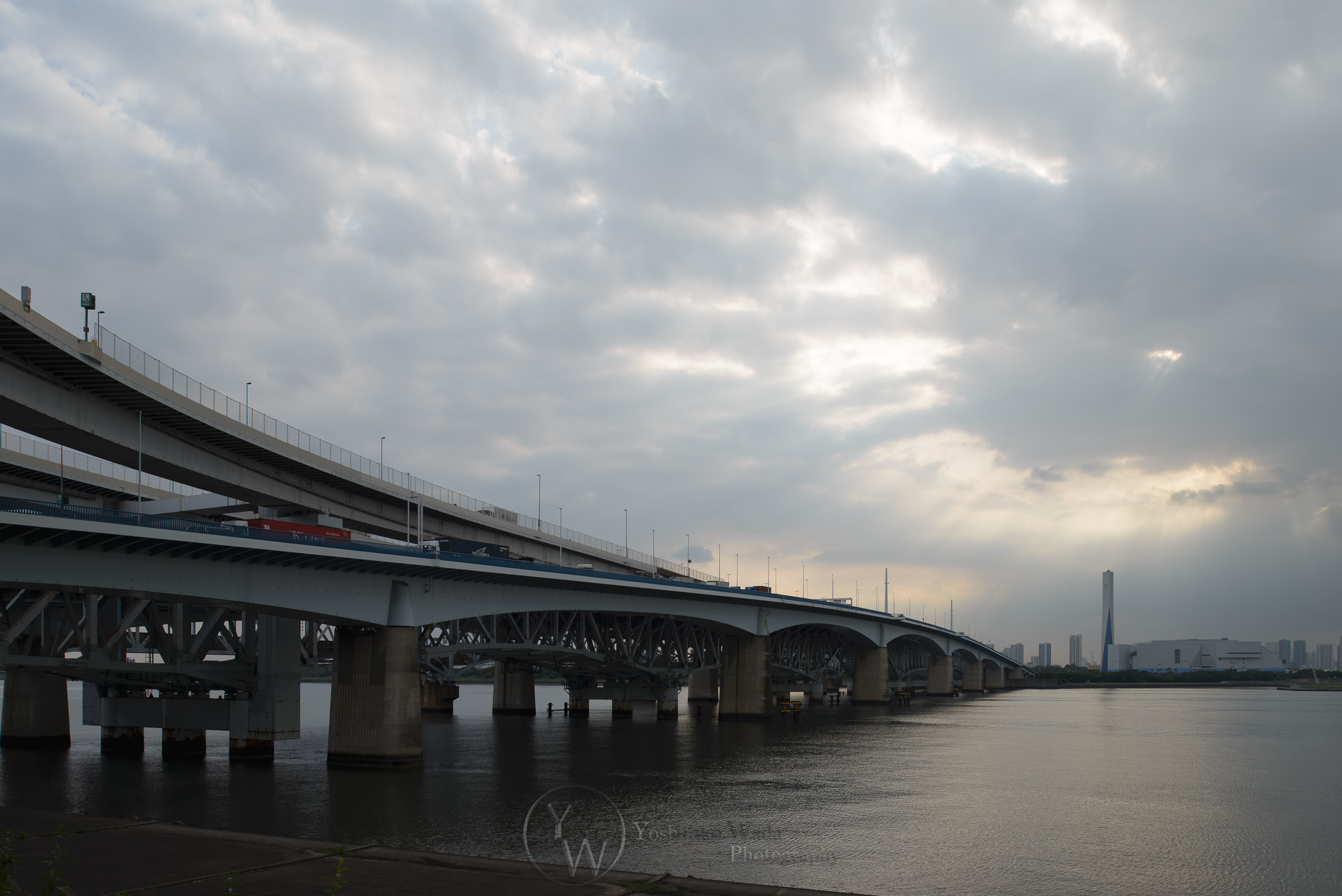 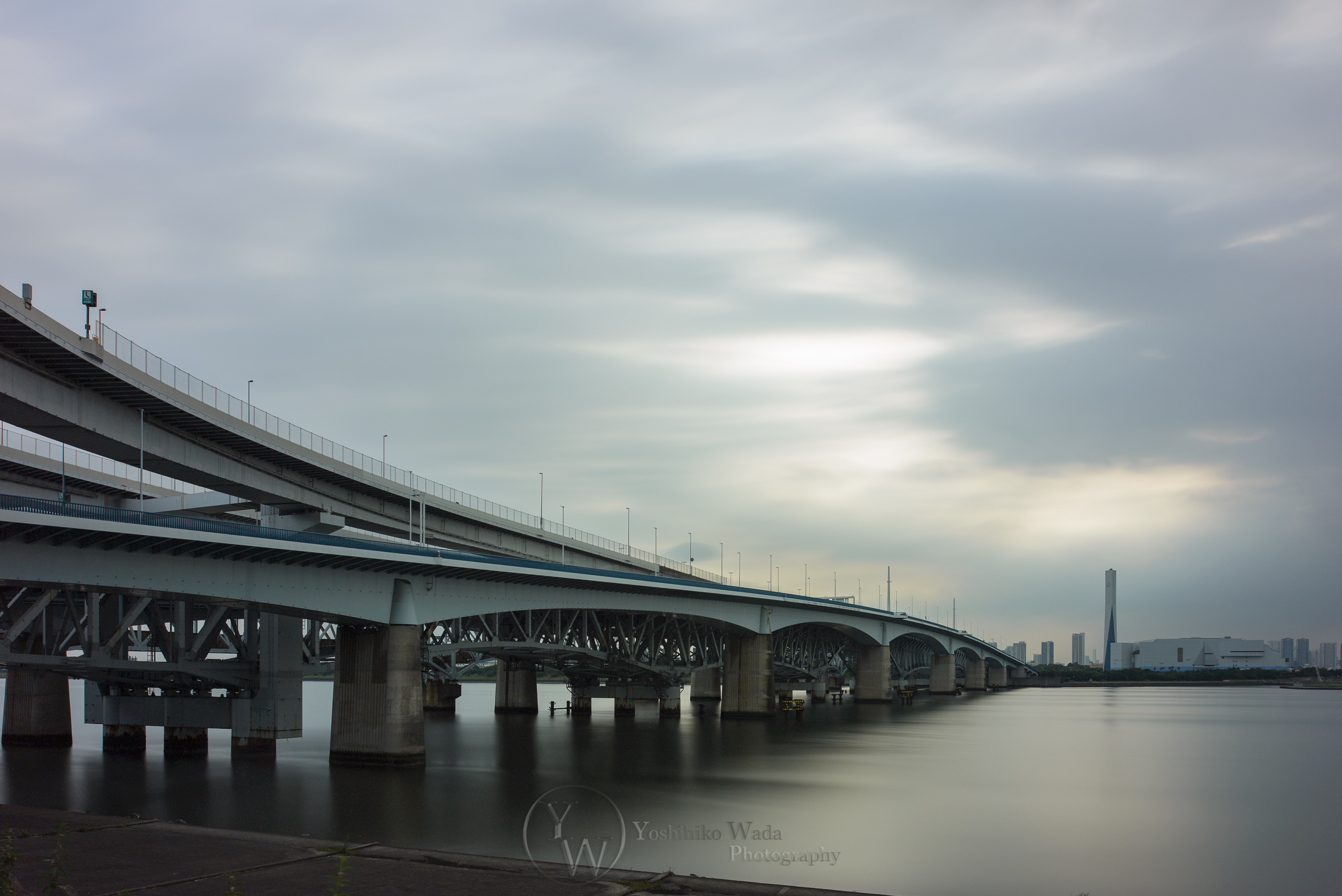 Seeing the bridge from the underneath was so curious that I spent a lot if time shooting them. This idea leaded me later for making the series: The Under-Lines.

As a said in the introduction, I avoid shooting in summer mostly due to having heat noises.
I carefully treated noises in the post process, so you can’t notify significant heat noises in the final image, but the original was not clear at all.

Although you can clean up those noises in the post process; I already blogged about treating heat noises.

De Noise "How to reduce noise in long exposure"
Shooting long exposure is not always a god choice, especially in the hotter season. The heat make "heat noise" during a long-exposure. A longer exposure make much heat noise. The simple solution is "not" to shoot in the hot summer. Shoot in winter, do post process in summer. Just kidding. I'll let you know the way of reducing "heat noise". Check it out.

I had a family event in my hometown. So I planned and stopped by there for shooting the bridge. Beside that, I never went outside such a sunny day in the mid afternoon.
But seeing the result, even with a lot of heat noises, the image went to the one of my long time favorite image.

Just go outside and shoot long exposure. No pain, No gain.
But don’t forget ND filters.

Behind the scenes: The blast at North

Let's look the behind scene of Yoshihiko's recent image. You can find some interesting story, raw and other interesting fact.
sponsored link
Long exposure comparison :Z14-24mm F2.8S vs Nikkor14-24mm F2.8G
Do you copy?